You already have advertising campaigns, but you want to get the most out of them? We will conduct an audit and give forecasts! Our payment model is based on project KPIs We set up and maintain Google Ads, make reports, help improve the site.

We launched Google Ads and other ad platforms for >100 online stories since 2016.

Client testimonials from all projects are posted on a dedicated page.

Check out the cases with detailed descriptions ↓

What do we suggest?

In 2021, we were approached by an online store for baby strollers. This story is about how we believed in ourselves to be able to do better than the market signals indicated, because we found a number of kinks and growth points in old advertising campaigns and in the end could not justify contextual advertising for the client. Were we deluded and defiant or made logical steps? Decide for yourself. Here is how we tracked the market decline, what work we did and what came out of it.

Read more in the project case on vc.ru. 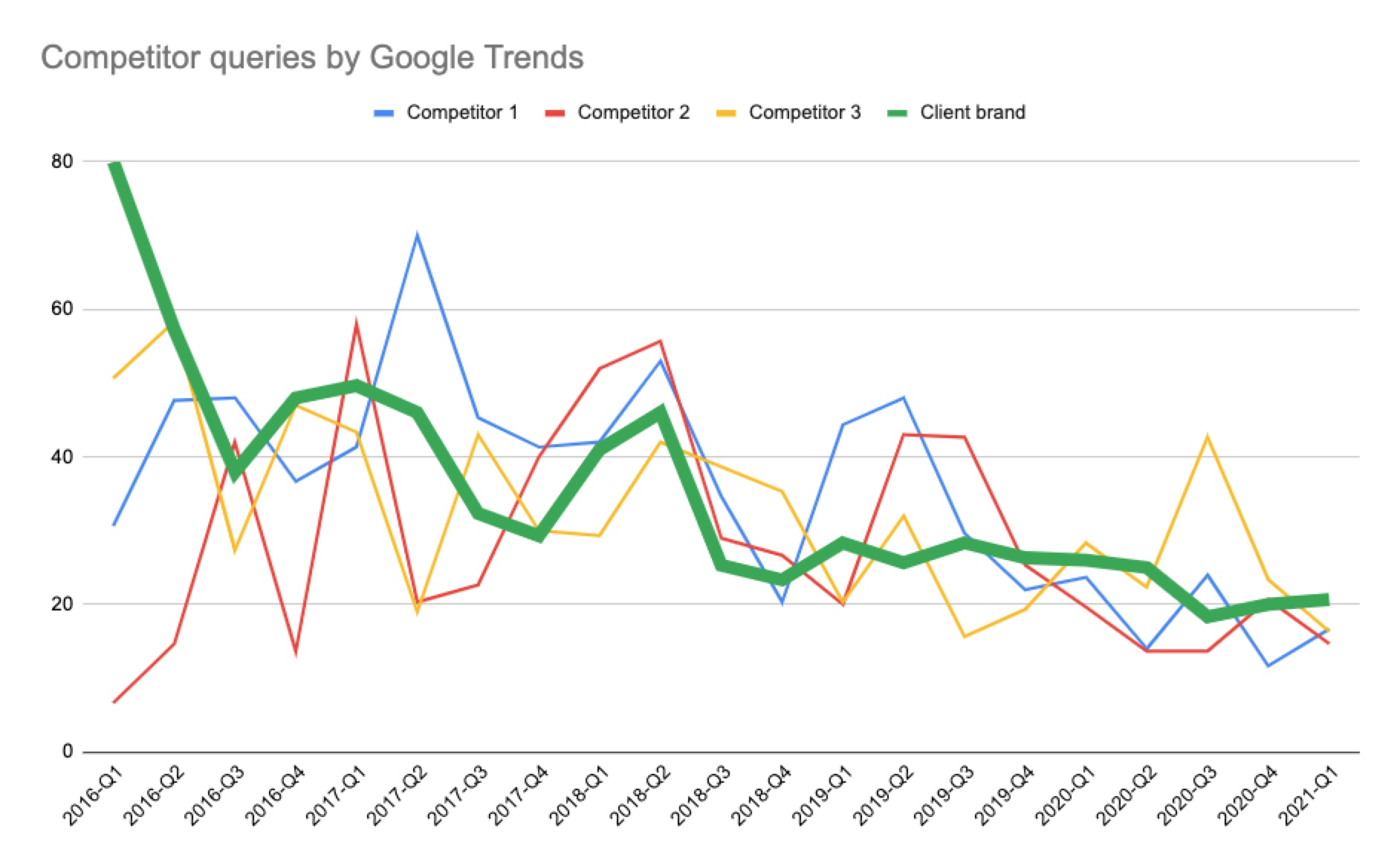 We integrated the client's proprietary CRM system with Google Analytics, or, simply put, we developed the logic of sending the data on leads and completed orders from CRM to Google Analytics via measurement protocol, and used the data to create a series of reports in Google Data Studio. 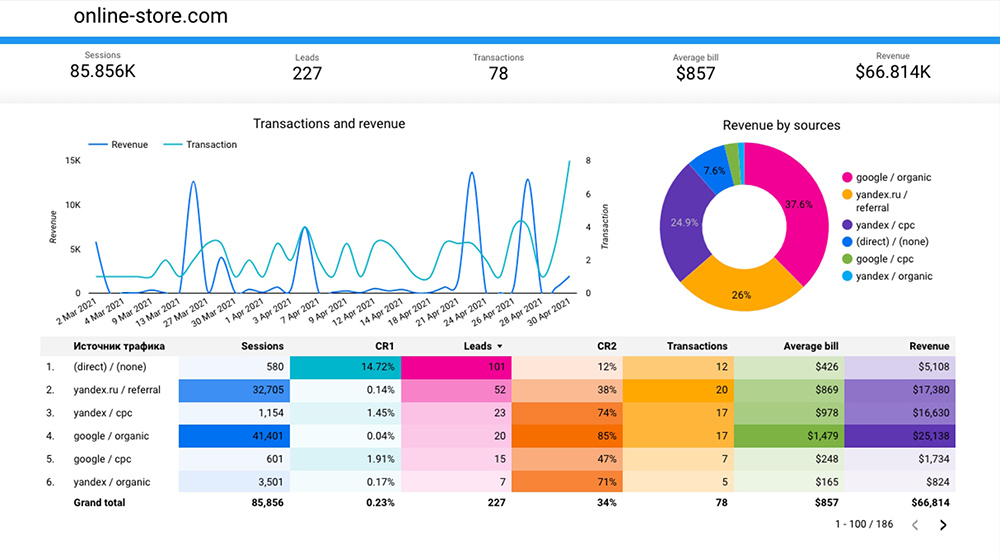 ...We began working with the agency, oddly enough, with a correspondence in an online chat on the website, where we received a comprehensive consultation on integrating Google Analytics with our CRM-system. We had many counters, sites, tag managers, and an in-house CRM system, and the colleagues from the agency helped us develop a system solution that takes into account our specifics. Now all the data is collected in Google Analytics, and the final reports we see in Data Studio, these tools are free. Since the start, the agency analyst helped us set up call tracking, set up an e-conversion module to track sales from the website, and keep all costs in sync with one analytics system. After the analytics were set up correctly, work began on launching ad campaigns ... 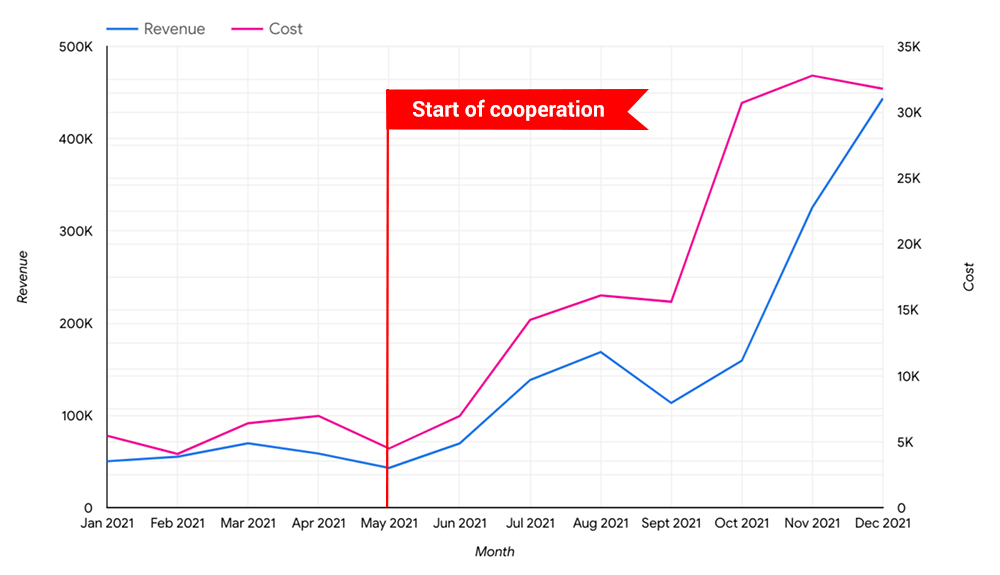 ...We have more than 60,000 products in 20 categories in our store, prices range from $ 2 to $3,000, and marginality ranges from 15 to 65%. Colleagues proposed a structure in which a separate campaign with different revenue targets was configured for each category. This has made the project's economy more manageable. The agency's high expertise in the Google advertising system helped to immediately direct resources to launch the most effective types of advertising campaigns for e-commerce, without experimenting with other formats...

Colleagues from the agency suggested conducting an A/B-test in order to better understand how their actions would affect my business. Overall, I made a decision to work with them for 2-3 months. After two months I recognised that our partnership had paid off. New campaigns gained more profit than the ones that I had managed by myself before. Then we defined KPI’s and started to use auto strategies constantly adapting to the changing demand. For example, one category may work better in Estonia than in Finland or vice versa due to demand, competition, etc... We have a monthly group call to discuss the results and plan how to best allocate the budget considering the warehouse stocks. It saves a lot of time that a dedicated specialist has been working on our project for a long time and knows all the details in and out.

Below is an average correspondence between agency compensation and advertising budget based on data from current projects. Compensation varies ±30% depending on the complexity of the project, the final cost is determined only after the project is audited.

Accounts with advertising campaigns and other deliverables resulting from the cooperation are transferred to the ownership of the client.

We use a payment model tied to sales

In the first iterations we charge for the time spent, but after reaching a stable performance, if the client wishes, we switch to a payment model based on sales.

What work is included in this cost?

This list is not universal, specific actions can be defined only by the results of the audit.

Get your Google Ads audit

After you leave a request: interview ~15 minutes → guest audit access ~15 minutes → audit within 4 days → proposal approval → first iteration start. In our experience, it is realistic to get the process rolling in 2-3 days.

What tools do we use and what can we do?

What was interesting about the project

«No contextual advertising guru will save your business if you work in a falling market. We took up such a project: all macro indicators pointed to the fact that the conversion rate decreased twofold and the market sank by 70%. Let us tell you how we tracked the market decline, what growth points were found, and what came of it in this new case.» 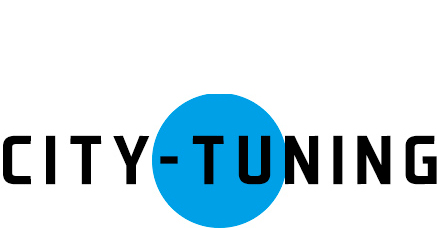 What was interesting about the project:

Advertising budget for a month

«I came to 1jam.ru agency with the problem of high cost per lead and incorrect analytics, which we could not use to compare effectiveness of advertising channels with their expenses. The agency's experts developed a custom model to match conversion to channels, implemented electronic commerce, found problems in Google Analytics measurements and fixed them. What was exciting is that we got a matrix of our current and potential market reach with breakdown by car brand and spare part category, from which we drew a conclusion that we need to expand. Now we are systematically expanding the market reach and reducing the cost per lead. Contextual advertising brings a revenue of 400-600 thousand rubles per month»

What was interesting about the project

Advertising budget for a month

«We started working with the agency in April 2018, the project team suggested we launch the categories of goods in sequence over the season in step with demand growth during the summer. One of our problems is that we have several offline stores for which we could not measure return on advertising investments. To solve this problem, we implemented call tracking, set up goals on the site and manually tracked the revenue trends by categories to collect the overall data and calculate the acceptable cost per lead by category. In general, I consider the task accomplished, we continue to work, I can recommend the team.»

I have experience of working with project budgets of over $200k, which contain hundreds of heterogeneous product categories and work in all regions of the country. When working with large projects it is important to design a clear and manageable architecture of advertising campaigns, so that they can be supported by other specialists, otherwise there is a risk of getting a huge out-of-control ship.

At the agency I am engaged in training, leading a team and helping to solve complex cases. Please apply if your project fits the criteria mentioned above.

Hi, I am the lead of one of the agency's for Google Ads team for online stores. Among the cases published by me I recommend reading the store for auto parts city-tunning.ru. It contains a detailed description of all types of advertising campaigns used for eCommerce projects. Also, you may find interesting the case of online store garden equipment Tehnodacha with an emphasis on seasonal advertising campaigns. On the blog, you can read an example of an audit of a furniture factory and an article on how to make money on Black Friday.
We have a few dozen more projects yet to be published that we completed over the years :)

Text me on Telegram, we'll audit your project and come up with a solution on how we can boost your profits within a couple of weeks.

Blog
Blog
Impact of Google Ads Withdrawal from Russia on Contextual Advertising in E-Commerce: So Far Not So Bad. But that’s for now. NEWS

It seemed that after Google’s withdrawal, the advertising market in Russia should collapse. But so far, not everything is so definite: some of our projects enjoy revenue growth. In this article we are looking into why this is so and which tools work best now.
Integration of the client and the agency HOWTO 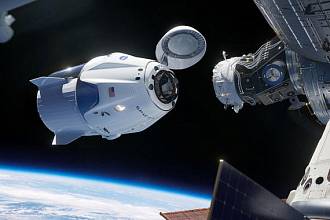 In the article we will tell you about our integration setup between the client and the agency, and how communications are built.
How to do web analytics for SaaS through Google Analytics: introducing and tracking funnels HOWTO

I found that in several SasS projects, proper analytics were not set up to track and maintain funnels. To solve these problems, we chose Google Analytics.
read more

Get your Google Ads audit

After you leave a request: interview ~15 minutes → guest audit access ~15 minutes → audit within 2-4 days → proposal approval → first iteration start. In our experience, it is realistic to get the process rolling in 2-3 days.


Write to — info@1jamagency.com or skype — jam.agency
Get a proposal
Thank you!
We will not test your patience
and will contact you within a couple of hours!
Close