How to do web analytics for SaaS through Google Analytics: introducing and tracking funnels

I found that in several SasS projects, proper analytics were not set up to track and maintain funnels. To solve these problems, we chose Google Analytics.

What is the problem, and why Google Analytics?

I found that several SasS projects did not have proper analytics set up to:

As a rule, the tools of choice were Google Analytics, ROIStat, Metric, Amplitude, but none of the tools were fully integrated. I chose Google Analytics (hereafter GA) for the task. It is far from perfect, but it is quite capable and not so expensive for basic tasks.

Let's look at the solution of each problem from technical implementation to online report, which can be opened and viewed in a couple of minutes.

Since it is hard to fit all the info into one article, I will divide it into several parts, besides it’s not a given that the community needs all this information and faces the same problem.

The implementation of all steps requires a mid-level command of Google Analytics. One article cannot possibly cover all the necessary skills but they can be easily googled.

Let's start by building the funnel.

What for is the funnel?

The simplest example of a funnel is a an online appliance store.


A good report is one from which actions can follow.


Designing the funnel and sending events

As the outcome, we want to see conversion from one step of the funnel to another and quantitative indicators, for example: 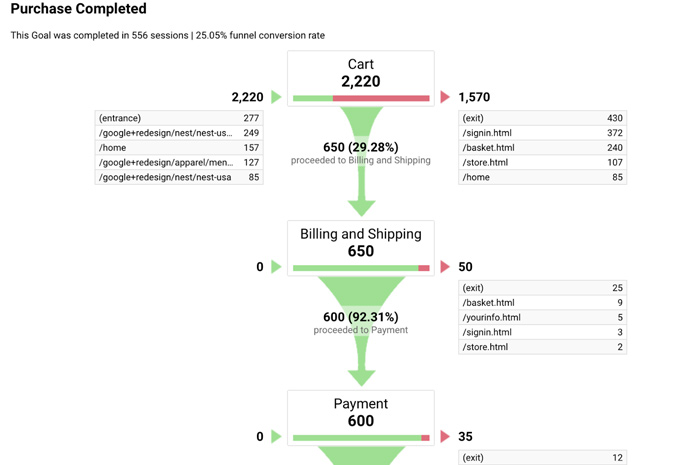 The steps of the funnel can be out of sequence and variable. Imagine we are designing a funnel for a private advertisement service like Avito.


In this case, we would like to be able to manually create funnels on the go and not be tied to a specific sequence. For example, we want to see users who first create an ad and then pay.


Conversely, we want to see those who first top up the balance and then create an ad.


To do this, at each step of the funnel, we need to send an event to Google Analytics, from which we will be able to make the funnels as we need. So, let's take a look at these events and how to send them.

I strongly recommend using Google Tag Manager (hereinafter GTM), this is a layer between the website and the counters. For example, you can set up an event once and send it via GTM to Analytics, Metric and so on.

How to send events to Google Analytics

We send events to the GTM data layer

There are many ways, but the most reliable and correct way is through the data layer. The data layer is just a transit layer between the site and the counters.

To send, we must initiate the following javascript expression.


Let's take a closer look at each line.

'name' — the name of the event itself;

So, we need to initiate this expression at each point of the funnel and substitute the event names. For example, we want to send events whenever the user opens the Ads Editor.


Or when the user filled in and confirmed the ad in the Ads Editor.


You can test whether the events go through in GTM debug mode. We will not go into this, as you can easily google it..

We create a  Custom event trigger in GTM and specify  ad_submit in the Event name field, this is the value that we specified when sending the event at the website.

Further, this trigger will launch the tag, which in turn sends the event to Google Analytics. 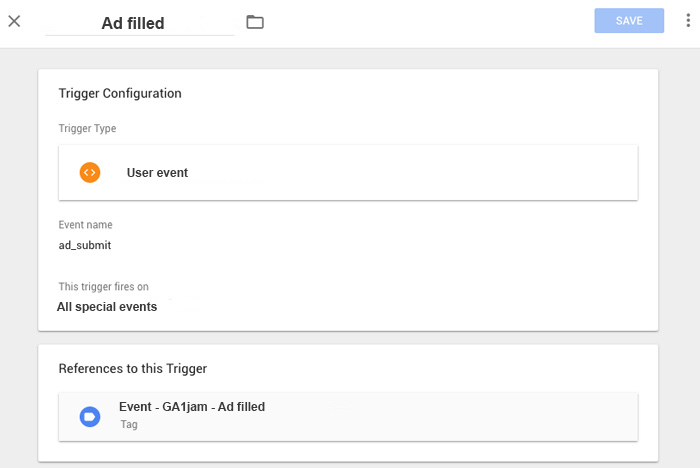 Next, we create a tag in which we specify the following values. 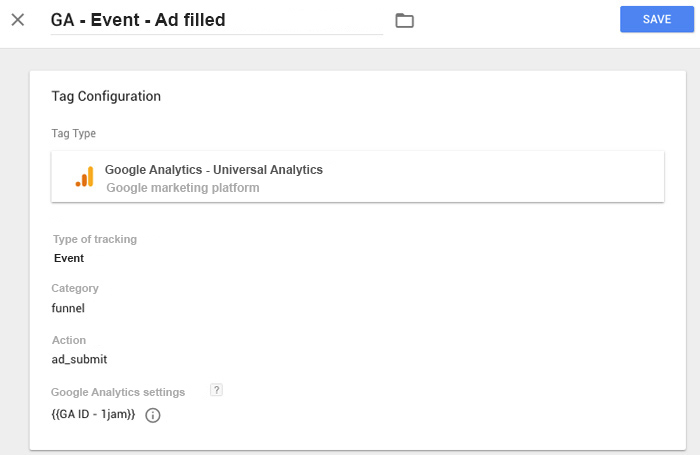 Category funnel and action ad_submit are arbitrary, we will use them to identify the event in GA. We specify our previously created trigger Create Ad.

After saving the tag, we deploy it to production, click on Publish button and test: every time a user fills in an ad, an event should appear in the GA report called Real time > Events 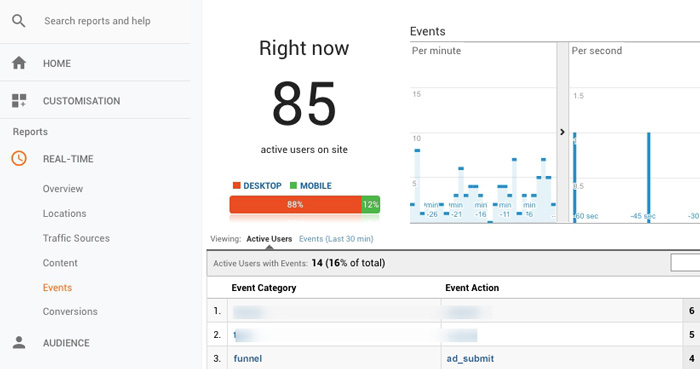 We follow the same cycle for other events, that is, funnel steps that we want to track.

How to build a funnel in GA

Suppose we sent all the events and need to build a funnel out of them.

We create segments in GA. Each segment corresponds to one event. For example, we create a segment for the event Open Ads Editor, since it will be the first in the sequence

To do this, we select any report in GA, for example Channels, and click +Add Segment

Next + New segment (Новый сегмент) and we set the segment parameters 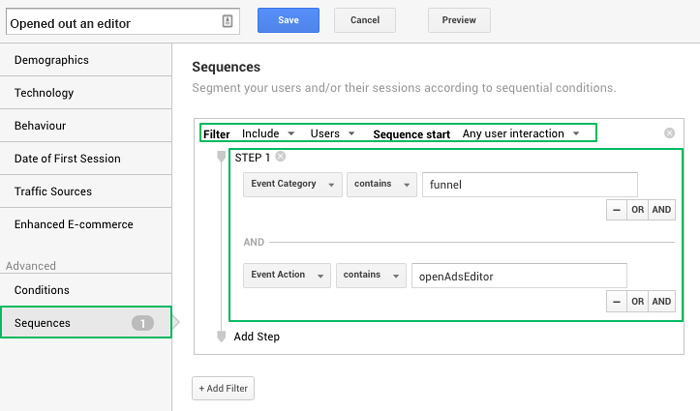 In plain language, we single out users who interacted with our event.

Next, we make the second step of the funnel. For this, we copy the first segment.

There we add the event of the second step of the funnel Create Ad. Since we need to count only those Create Ad users who previously opened the editor, we add the previous funnel event Open Ads Editor as step 1 and add Create Ad as step 2. 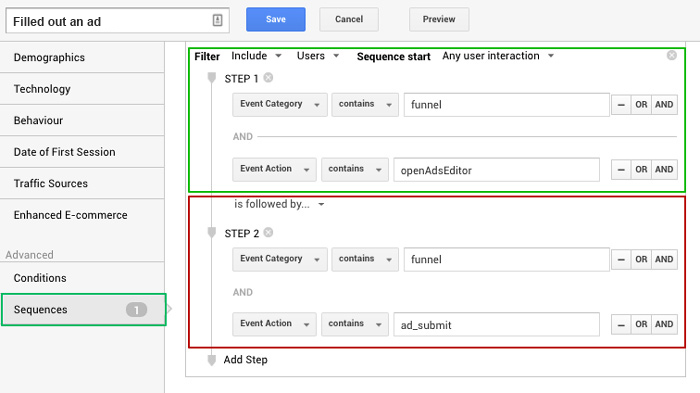 That is, in the funnel second step Create Ad, we only get those users who have passed the first step Open Ads Editor.

What to look for in the report

Changes in the funnel over days, weeks or months. 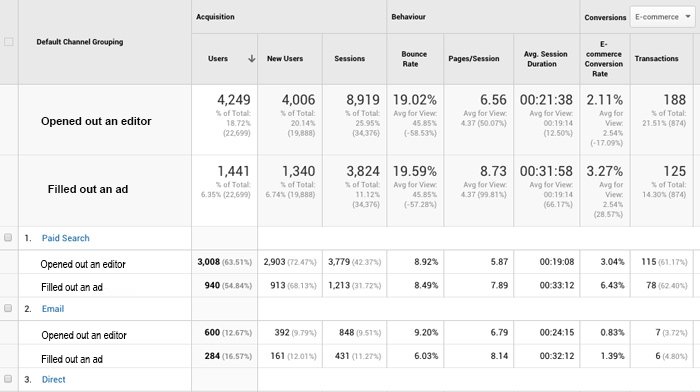 The funnel with general report indicators or with breakdown by parameters, in this case traffic Channels.

By slightly modifying the sending of events, we can add, for example, specific ad subjects to see which subjects don't get many ads created. But more on that in future articles.. 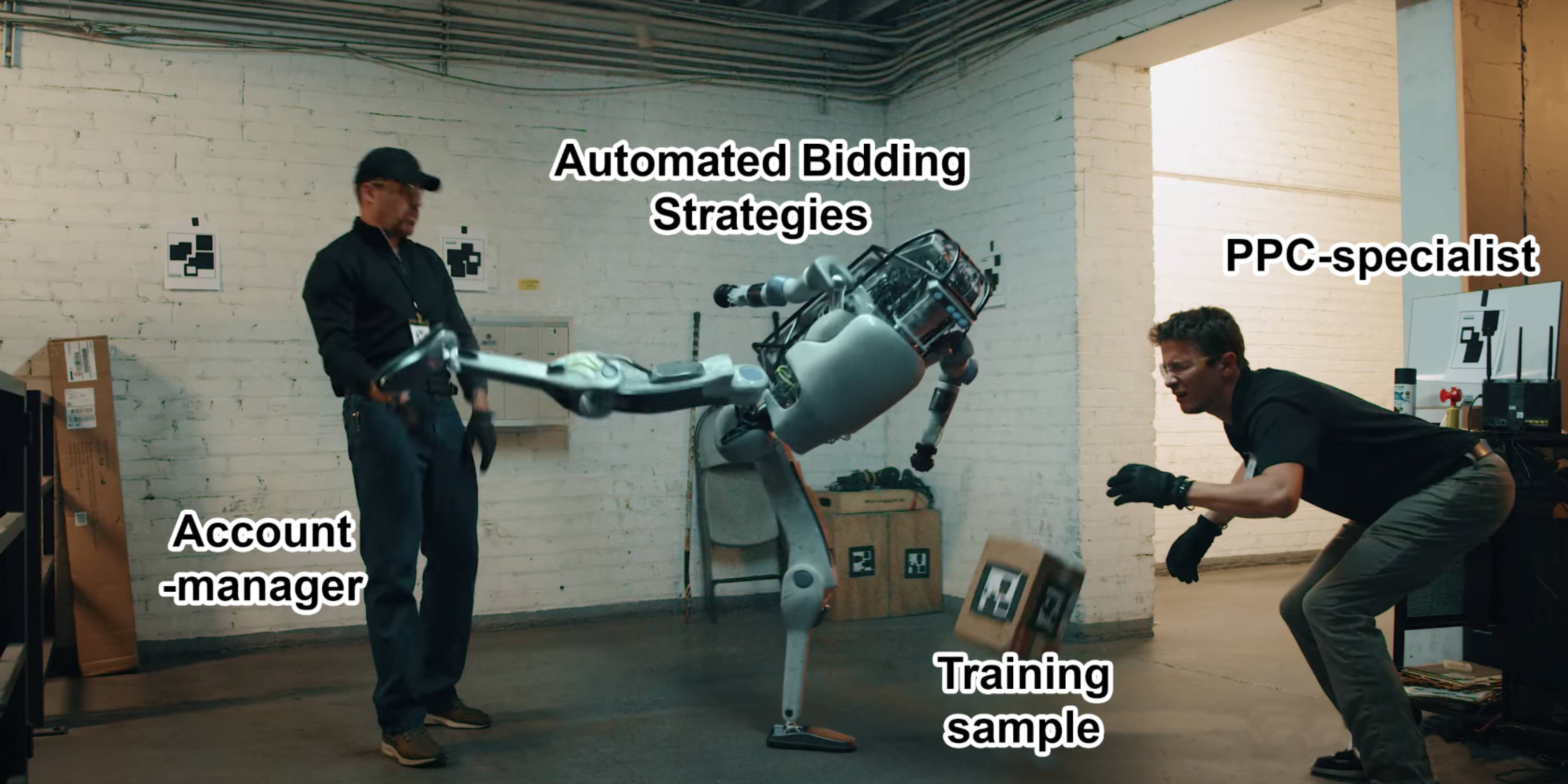 We look at successful and failed cases of our clients to understand when automated bidding strategies can boost ROAS by 30%, increase orders and revenue by 4 times, reduce the cost per lead by 2.3 times or conversely sink all indicators.
Impact of Google Ads Withdrawal from Russia on Contextual Advertising in E-Commerce: So Far Not So Bad. But that’s for now. NEWS

It seemed that after Google’s withdrawal, the advertising market in Russia should collapse. But so far, not everything is so definite: some of our projects enjoy revenue growth. In this article we are looking into why this is so and which tools work best now.
Integration of the client and the agency HOWTO

In the article we will tell you about our integration setup between the client and the agency, and how communications are built.
How to do web analytics for SaaS through Google Analytics: introducing and tracking funnels HOWTO

I found that in several SasS projects, proper analytics were not set up to track and maintain funnels. To solve these problems, we chose Google Analytics.
Free End-to-End Analytics in 20 minutes: Google Sheets + Google Analytics + Zapier HOWTO 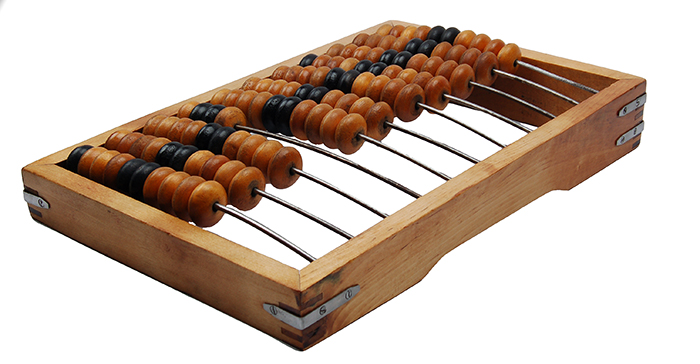 Hi! We have figured out an end-to-end analytics solution for small companies. This article is meant for all internet marketing professionals.
Script for substitution of content on the site through UTM tags HOWTO 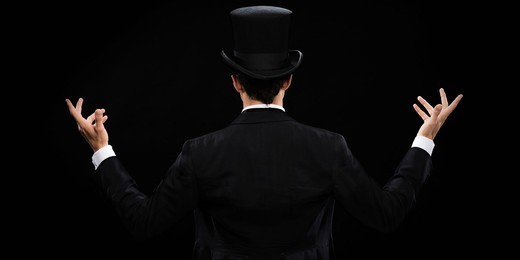 How to set up a dynamic replacement of almost any element on the site. Just using a simple script and Google Tag Manager.
to read our blog


Get your Google Ads audit

After you leave a request: interview ~15 minutes → guest audit access ~15 minutes → audit within 2-4 days → proposal approval → first iteration start. In our experience, it is realistic to get the process rolling in 2-3 days.


Write to — info@1jamagency.com or skype — jam.agency
Get a proposal
Thank you!
We will not test your patience
and will contact you within a couple of hours!
Close